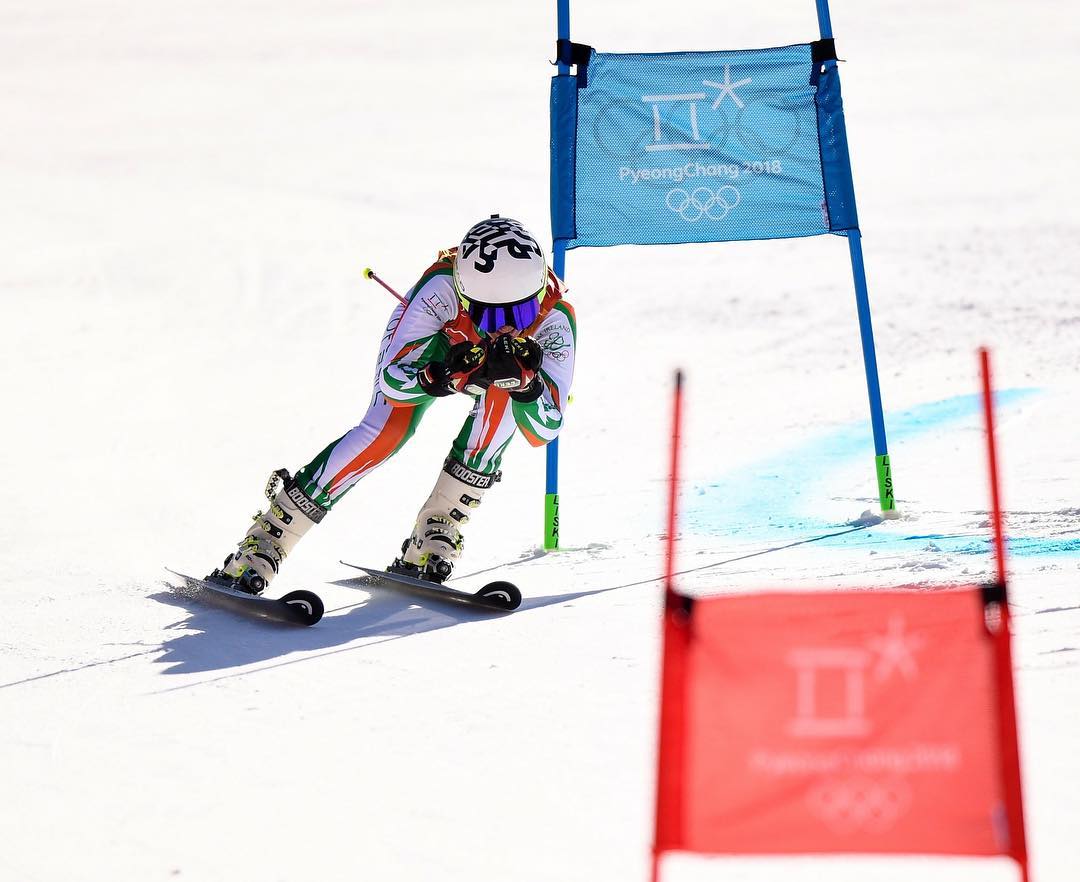 An Irish girl in Mont-Blanc I race in all Alpine disciplines, training hard to improve my technical skills and speed. In the 2014-15 season I raced in the Small European Ski Nations Cup in Romania with three podium rankings, in the European Youth Olympic Festival Austria-Liechstenstein where I ranked 20th in Giant Slalom (GS), in the World Championships in Vail-Beaver Creek USA and at the World Junior Championships in Hafjell Norway.

My 2017-2018 qualifying season for the Winter Olympic Games started with training and South American Cup races in Argentina and Chile and culminated with my selection for Team Ireland in PyeongChang 2018 where I competed in the Olympic GS and SL races.

Racing at an international level comes with ups and downs. When times are hard I remember the words of Samuel Beckett:

EVER TRIED. EVER FAILED. NO MATTER.